From Wikipedia, the free encyclopedia

Duck face is a photographic pose, which is well known on profile pictures in social networks. Lips are pressed together as in a pout and often with simultaneously sucked in cheeks. The pose is most often seen as an attempt to appear alluring, but also as a self-deprecating, ironic gesture making fun of the pose. It may be associated with sympathy, attractiveness, friendliness or stupidity.[1]

A 2015 study found that people posting duck face pictures are more likely to be associated with neuroticism.[2][3]

In an animal communication studies of capuchin monkeys, the “duck face” term has been used synonymously with “protruded lip face”, which females exhibit in the proceptive phase before mating.[4][5]

OxfordDictionaries.com added “duck face” as a new word in 2014 to their list of current and modern words, but it has not been added to the Oxford English Dictionary.[6][7]

In the 1994 film Four weddings and a funeral, one of the lead charterers, Henrietta, played by Anna Chancellor, is called Duckface throughout the film. 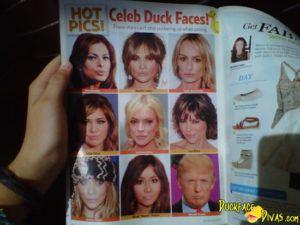 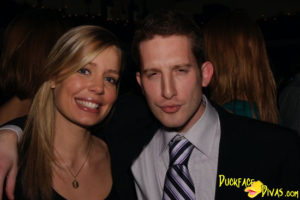 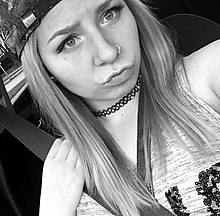